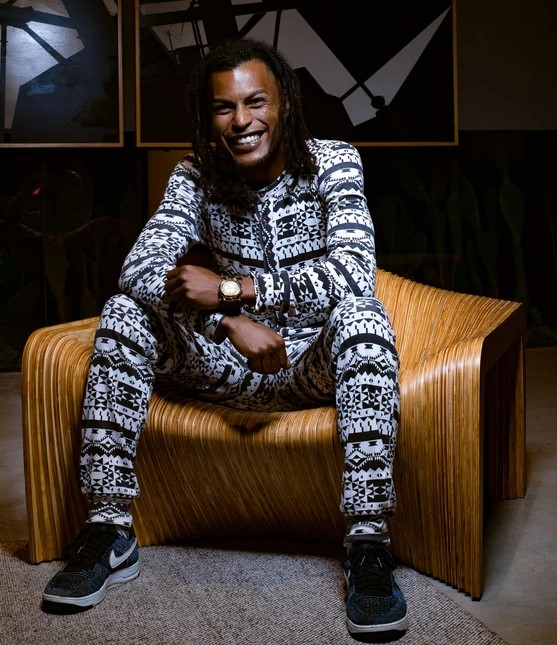 Originally from the city of Aramari, in Bahia, Cosme Lucian is a percussionist, arranger, researcher, lecturer and social educator

Popular musician with a reference in the most diverse musical genres, especially in Brazilian rhythms with a focus on Bahia, he played with Timbalada, Olodum, and Ilê Ayê.

Under the strong influence of jazz, soul, reggae, and funk, he developed his musical techniques independently and was perfected by the scenic arts, acting in shows such as Siré Óbá, Oyaci e Adupé (directed by Fernanda Júlia), and O Pagador de Promessas (directed by Luciana Rocha), playing on major stages in Bahia, such as Teatro Castro Alves, Teatro Sesi Rio Vermelho, Teatro Vila Velha, and Guetto Square. He also participated in the Mostra Nova Melanina Acentuada, curated by Lázaro Ramos, and in the Curitiba Theater Festival, curated by Wagner Moura.

From 2014, he idealized the Percussampa project, employing percussion as an object of transformation in the peripheries of the capital and greater São Paulo. Using recycled materials collected in the community itself to create musical instruments, it develops percussive music with social, cultural, inclusive, and environmental responsibility, allowing children, teenagers, and the elderly, with and without disabilities, to have the pleasure of dreaming.

Currently, Cosme Lucian applies his art to projects of social commitment, taking workshops, lectures and lectures to communities, schools, NGOs and companies that believe in music as an object of transformation.

She joins the Blendinspire team at the invitation of Nadia Léauté, where in its third edition she had the honor of presenting the percussampa project as a social impact, allowing that with her support, music can reach many more communities and change the lives of many more families.

He is part of the cast of the show Atotô, by Instituti Odara, directed by Marcio Telles and Ito Alves

In 2022, he joins his percussion to Amanda Ferraresi’s cello in a duo of experimental Brazilian music based on influences that cross their careers, such as original rhythms and the works of composer Heitor Villa-Lobos.

Music has always been in the place of transformation, both in the personal and professional sphere. Over time, I understood that it is possible to make it more accessible, inclusive, and motivational in all its social layers, through classes, shows, lectures, workshops, and experiences. Listening to and making music enables the individual to make connections that promote personal and interpersonal change.