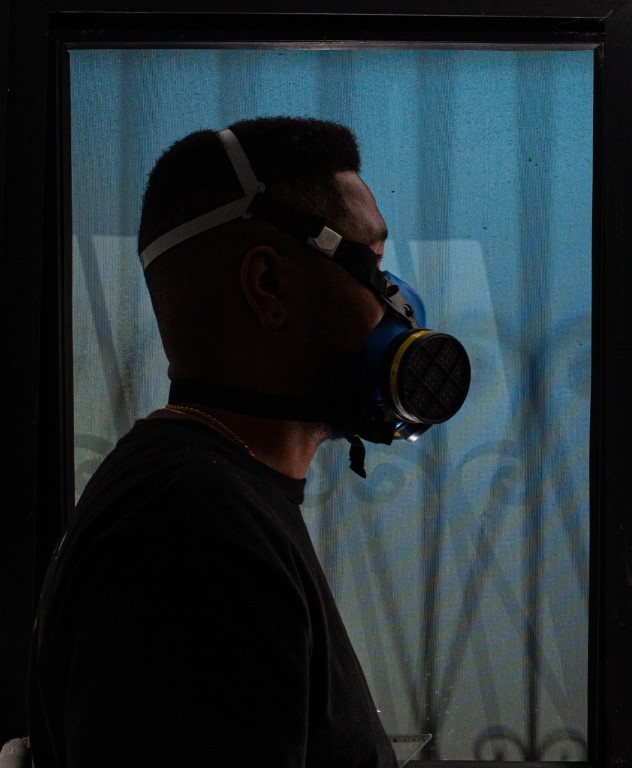 Junior Next, born in 1988, works and lives in Guarulhos. Since childhood, Next had his first contact with art through figurative drawings. Sewing sketches that her mother drew served as a great inspiration and incentive in the beginning. From anime to super satellites on tv, from manga magazines to superhero comics, examples like, Knights of the Zodiac to the Marvel universe, Dc and Image Comics as the first influences at his tender age at the time. In adolescence, through Skateboarding, he had contact with Pichação and Graffiti, (Spray, Crayons and Latex, scarce at that time for lack of opportunity) yet, he could have a brief contact with them and develop projects in various proportions, having as platform, the doors and walls of the city.

Through the compositions of letters and the influence of figurative drawing, he began to develop paintings on canvas and became interested in geometric abstraction that emerged through the deconstruction of letters, influenced by the abrupt movements and flat colors of the Hard Edge and also associating it with Op Art, revealing another kind of expressionist abstraction, developing his own research.

Aiming at a painting as a spiritual act in each stroke, meticulous brush strokes, and his restlessness in search of physical, psycho-spiritual, and ancestral self-knowledge, he developed his current research that he named ‘Adinkrasct’, where he conciliates his compositions and geometric abstraction studies in African aesthetics and the spelling of Adinkra symbolism, from West Africa, whose symbolism represents concepts and aphorisms through proverbs and popular sayings.