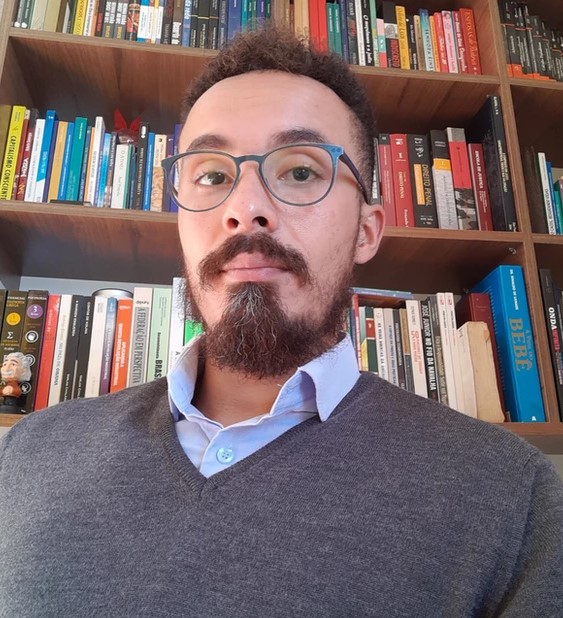 Psychologist, conflict mediator, member of the Penitentiary Council of SP, and director of Reflexões da Liberdade.

Emerson Ferreira lived more than four years in prison, today he is a Psychologist; Conflict Mediator, member of the prison council of São Paulo representing the regional council of psychology, jointly coordinates the Extension in Criminal Law and Criminology at the Law School of USP; Member of the Political Action Network for Sustainability, in the category Young RAPS; Member of the Global Shapers Community, a global network of young people who seek to positively impact cities through projects, connections and learning sharing; Recognized as Young Leadership of the State of São Paulo in 2016, awarded by the Papo de Homem community as one of the 68 Men who inspired in 2017 and speaker at TEDx held in Paraíba. Emerson is also a Social Activist on Prison System issues and a Social Entrepreneur through the project Reflexões Da Liberdade. He believes that every empowered young person is capable of changing his or her community. Through his lectures, 50,000 people in schools, companies, and prisons have already been made aware of empathy. For Emerson, education with inclusion, ethics, and humanity has the power to transform and reduce social inequalities.

Reflections of Freedom generates social impact by making society rethink the processes that fill prisons, giving new meaning to the territories, and developing the community to claim the experience of public policies.

We work developing social and emotional skills in schools, companies, and prisons, creating connections between different classes to solve social problems, and we are sensitizing and raising awareness in society about the social damage of prejudice.

Acting since 2017 with students from public and private schools, prisoners and former inmates of the prison system so that they become competent and autonomous in their lives, making strategically there is a decrease in Social inequality, generating lives restored from the traumas experienced by the insufficiencies of the State.

We do this by influencing changes in the laws that govern the justice system, as well as by jointly proposing actions that highlight the cause of the prison system’s problems, thus expanding the network of sensitized and engaged partners in the effective search for changing the paradigm of justice and education in our country.