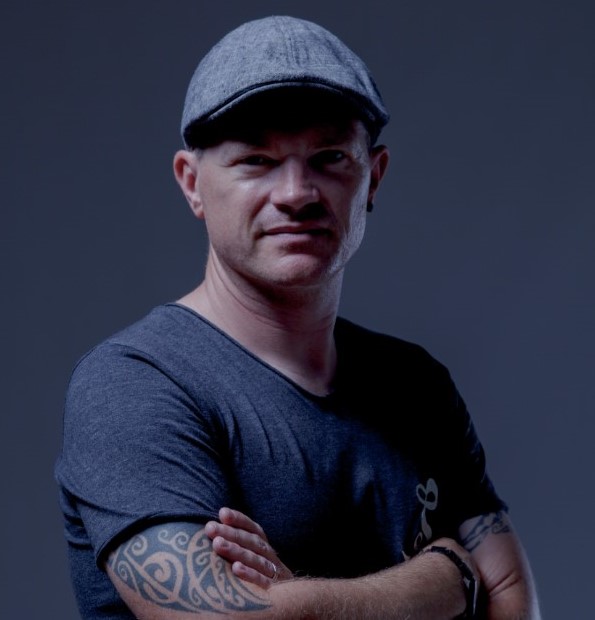 Jean-Baptiste Cassin is a talented French musician, producer, performer, DJ, multimedia artist, and globetrotter, better known by the name JB, has been part of several musical groups. In 2013, JB decided to create his own artistic identity: Dipolair

In 2013, in parallel with his Mauritian-formed group Manawa, he created “Men vs Machines” with Swal, another French producer. The duo will create a powerful live electronic music set.

In 2015, after moving to Asia, Dipolair created “Kalikot,” a live electronic music performance that combines sound, light, and video projection.

In the same year, he formed the duo “NMation” with the Canadian-Philippine singer Nykó Macá. The project is based on a mix of electronic music, tropical sounds from Africa, Brazil, and Caribbean rhythms.

In parallel, Dipolair develops a series of performances called “Polycyclic” whose main theme is the concept of Cycle / Loops, with collaborations with beatboxers, dancers, painters and actors.

In 2016, he produced his first solo album, “Moments.” With this album, Dipolair dives into Deep House and Ambient music, highlighting Piano and Synths.

In September 2018, Dipolair was awarded Silver Tanit at the Journées Musicales de Carthage in Tunisia in the Electro category. In late 2018 and after 2 years of creation, Dipolair produced and performed the musical and visual show for children “Ouvre Tes Rêves”.

Since 2020, Dipolair has focused on production, promoting artistic collaborations with artists from around the world. Since then, he has regularly released new productions in the form of albums or EPs, exploring Pogressive House, Organic House, and Melodic House.

In 2022, he launched the label “Manawa Records” with the goal of broadening musical horizons and introducing new talents of the electronic scene.

He currently lives in São Paulo, Brazil, and produces his music with local and international artists.

It is on stage that Dipolair develops its full potential. From intimate stages to the biggest clubs, he sets dance floors on fire with a dynamic and spiritual approach to Progressive House with ethnic overtones. His live sets, where he is sometimes accompanied by acoustic musicians, add a new dimension to his own music.

Dipolair is in constant pursuit of performance. He explores more and more the connections between sound, visuals, and human-machine interaction, always keeping in mind the same dogma: Music has no boundaries! #musichasnoborders

Since 2010, I produce audiovisual content for companies, artists, and individuals. I produce all kinds of content with professional quality, videos, photos, animations, graphics, for internal and external communication, social networks.

“I am a multi-instrumentalist musician and producer. I like to do collaborations and explore new musical universes. When I play, whether in live performances or in DJ sets, I like to discover innovative sounds, make people vibrate, and surprise them.

I am a multidisciplinary creative and artist, capable of taking a global approach to the worlds of music, audiovisual, and culture. I have a wide range of skills and experience to carry out different projects. Innovative and open-minded, I am passionate about my activities and curious about new experiences.”